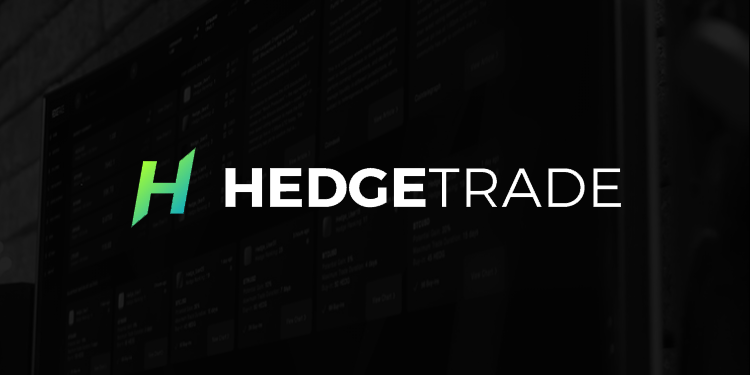 Launched under the motto of championing the revolution of social trading with the help of blockchain technology, the HedgeTrade platform’s fast rise in 2019 took many in the crypto scene by surprise. As of August 2019, the currency was found among the top 50 cryptos, propelled by the promotion of the HedgeTrade decentralized application (dApp).

The app was specifically designed to provide users with cryptocurrency trading analyses, predictions and, as a bonus, educational content. Its main goal is to serve as the bridge between newbies and experienced traders who are often separated by huge knowledge gaps when it comes to social trading. With HedgeTrade, the more experienced users are provided with a platform which allows them to share their knowledge and acquire some HEDG tokens in the process for providing accurate information.

At the same time, the less experienced users are able to purchase the trading predictions, packaged in the form of so-called blueprints, which are further secured by the HedgeTrade smart contracts. In time, the knowledge acquired in this manner should allow these users to engage in professional trading themselves, particularly with the help of the market tools provided by the HedgeTrade for pros and beginners alike. The token sale for the project took place in late 2018, under the auspices of the Rublix company which offers financial technology products paired with the blockchain implementation. Key personnel behind this enterprise includes Dave Waslen (CEO, co-founder), Peter Danihel (lead developer, co-founder) and Frank Danihel (COO).

What Is HedgeTrade Trying to Achieve?

While primarily concerned with cryptocurrencies, HedgeTrade aims to increase its coverage to various fungible assets as well. Its goals are largely shaped by the perceived shortcomings its developers identified with the existing prediction trading systems:

HedgeTrade operates based on the interaction between the blueprints and smart contracts on one hand, and the community members on the other. In this manner, the platform delivers unity of its technological and human capital, all made possible with the help of the blockchain technology.

Despite being concerned with information related to trading, no actual trading with cryptocurrencies or other assets in the manner resembling cryptocurrency exchanges is currently possible on the HedgeTrade platform. The reason for this is the fact that HedgeTrade is all about providing access to information, not to specific assets. The only thing resembling genuine trading is the one done with HEDG tokens, which takes place in the following situations:

The payout system is organized along the following lines:

HEDG tokens are not available for direct purchases or exchange operations from the HedgeTrade Platform. Instead, they can be acquired on it by depositing BTC into a user’s account wallet, followed by using these funds to buy HedgeTrade blueprints that may entail payments in HEDG tokens.

An alternative option is to buy HEDG tokens from one of the cryptocurrency exchanges which support it, such as CoinTiger, STEX, and other markets.

As of August 2019, the currency’s market cap was valued at USD 255 million. At the same time, some 288 million HEDG were found in circulation, out of the total planned supply which is capped at 1 billion tokens.