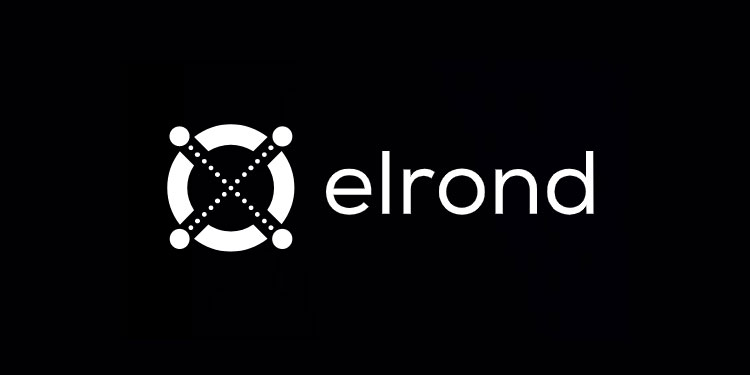 Elrond is a blockchain protocol that seeks to offer extremely fast transaction speeds by using sharding. The project describes itself as a technology ecosystem for the new internet, which includes fintech, decentralized finance and the Internet of Things. Its smart contracts execution platform is reportedly capable of 15,000 transactions per second, six-second latency and a $0.001 transaction cost.

The blockchain has a native token known as eGold, or EGLD, that is used for paying network fees, staking and rewarding validators.

Elrond was first announced in August 2019, and its mainnet went live in July 2020.

Who Are the Founders of Elrond?

Elrond was co-founded in late 2017 by brothers Beniamin and Lucian Mincu alongside Lucian Todea as a solution to the problem of blockchain scalability, which they thought to be the most pressing problem facing the industry.

Beniamin Mincu was also responsible for product, marketing and community for blockchain platform NEM from 2014 to 2015, in addition to being an early investor in projects such as Zilliqa (ZIL), Tezos (XTZ), Brave and Binance. Lucian Mincu has additional experience as an information technology engineer and security specialist, having worked with Uhrenwerk 24, Cetto and Liebl Systems.

Todea is a serial tech entrepreneur who previously founded and served as CEO of Soft32, a software review and download site, and a partner of mobilPay, a mobile payments application. He is also an angel investor, having invested in biometrics tech company TypingDNA and accounting platform SmartBill.

Elrond describes itself as a blockchain platform for the new internet economy, decentralized applications and enterprise use. Its main selling point is its high scalability, stating that it is the first blockchain network in which state, network and transaction sharding have all been implemented. According to its economics paper, it seeks to build up its ecosystem and establish EGLD as a store-of-value asset.

To achieve this goal, the network runs on 2,169 validator nodes split into four shards: three execution shards, capable of 5,400 transactions per second each, and one coordination shard, the “Metachain.” Elrond’s adaptive state sharding architecture completely shards state, transactions and network. It can scale by adding an additional shard when the throughput demand is unmet. It was tested to run 263,000 TPS in a public environment with 1,500 nodes from 29 countries grouped in 50 shards.

In order to increase adoption, the project also supports developers building on the platform, allowing them to earn 30% of the smart contract fees as royalties.

The company maintains a supply of EGLD tokens to stake on the network during its first year, with validator nodes receiving a 36% annual percentage rate.

How Many Elrond (EGLD) Coins Are There in Circulation?

The Elrond economic model has a limited supply that starts at 20,000,000 EGLD, with new tokens minted to reward network validators. The maximum supply can never exceed 31,415,926 EGLD, but this number will decrease as more transactions are processed.

Elrond’s tokens were first issued on Binance Chain under the name ERD with a total supply of 20 billion. 500 million were burned in November 2019 and minted on the Ethereum blockchain as ERC-20 tokens, and the company launched a token swap event in September 2020 for token holders to swap their ERC-20 and BEP-2 tokens for mainnet EGLD tokens. During the process, the total token supply was reduced from 20 billion to 20 million by setting the swap ratio at 1,000 ERD for 1 EGLD.

How Is the Elrond Network Secured?

Elrond uses what it calls a secure proof-of-stake consensus algorithm in which nodes must stake their EGLD tokens to participate in the validation process, and each validator is assigned a rating score based on past activity, which also influences whether or not they are selected. If a validator’s rating becomes too low, it will not be selected and must pay fines. Validators can also be removed from the network and have their stakes slashed if they continuously act in a manner that is against the integrity of the network.

Validators are randomly selected in a way that can be neither predicted nor modified based on the previous round of validations. In addition, validators are periodically shuffled between shards as a way to prevent collusion. Nodes communicate among one another using modified Boneh-Lynn-Shacham, or BLS, multi-signatures for strong cryptographic protection.

Where Can You Buy Elrond (EGLD)?