TRON CEO, Justin Sun, has reported that the total value locked on the SUN genesis mining platform increased to $210 million.

New data reveals a growth in number of accounts to 9 million for TRON. 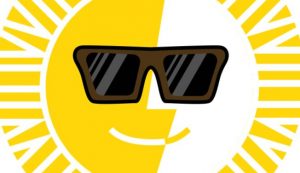 Although it has lost almost $2 billion in recent days, Ethereum’s DeFi continues to attract investors. However, TRON CEO Justin Sun reported growth in the ETH DeFi sector may reveal the emergence of a potential competitor. Data published by Sun claims that there are currently 6.7 billion TRON (TRX) staking or $210 million on sun genesis mining. This latest product from TRON‘s DeFi was launched in early September, in a few hours it had around 1.5 billion TRX staked that have grown to the current figure.

Although he has received criticism from the community accusing him of “copying and pasting” the Ethereum-based protocols, the growth of the TRON DeFi sector has had a positive impact on the price of TRX and the platform. Data from OKCoin, showed a positive performance of 60% in one week before the market collapse.

Although the current TRON (TRX) price has also dropped, it still remains one of the top 20 cryptocurrencies with the highest monthly gains. At the time of publication, TRON (TRX) is trading at $0.029 and has moved sideways (-0.04%) in the last 24 hours with weekly and monthly gains of 15.93% and 57.32% respectively. OKCoin notes the following about the growth:

The reason why TRX has rallied so fast is due to how Tron developers have cleverly structured the protocols they are releasing.

As with Ethereum’s DeFi, there are protocols in TRON’s DeFi that require the user to buy the platform’s token. In Ethereum, for example, a user requires ETH for network transactions and to provide liquidity in one of the pool on the Uniswap decentralized exchange. In that sense, OKCoin adds:

Additionally, the CEO of TRON reported an increase in the number of TRON addresses. Data from the TRONSCAN platform shows that TRON has reached 9,135,898 addresses. Sun applauded the platform’s ecosystem as “growing at a steady pace” and welcomed more developers to the TRON network.

Sun has also taken advantage of the debate that has emerged in the Ethereum community about the Sushiswap decentralized exchange. When its lead developer sold all of its tokens for about $12 million, the community responded in anger and accused the anonymous developer of fraud and robbing its investors. Sun regretted the news and following his well-known marketing style announced a fund to support DeFi developers:

I have faith in #Defi and believe Defi will be the revolutionary change in financial industry! Always remember numerous people are building Defi 24/7! We will announce a fund to support the developers to deliver real Defi products on #TRON!