Polkadot: An Attempt to Connect the Blockchains of the World 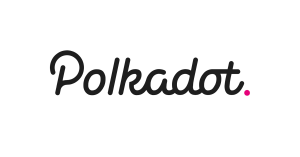 Blockchain technology is an interesting concept and phenomenon. On the one hand, its growth and development has been surprising and it has gone a long way ever since the 2008 release of the Bitcoin whitepaper. On the other, there are still big hurdles that blockchain technology needs to overcome if we want to achieve significant, real-world deployment of it. Polkadot is a platform that introduces a heterogeneous multi-chain architecture which claims to address some of present-day blockchain technology’s biggest limitations, namely interoperability and scalability. The idea behind it is to create an internet of blockchains, where different chains (dubbed parachains) could work together in a truly interoperable fashion, all secured by a shared pool of common validators. While the idea is not entirely new (with projects such as Cosmos also revolving around interoperability), the proposed solutions for scalability and interoperability have raised the interest of many.

In this overview, we will dip our toes into all things Polkadot; what it is, how it works, some of its major controversies and more.