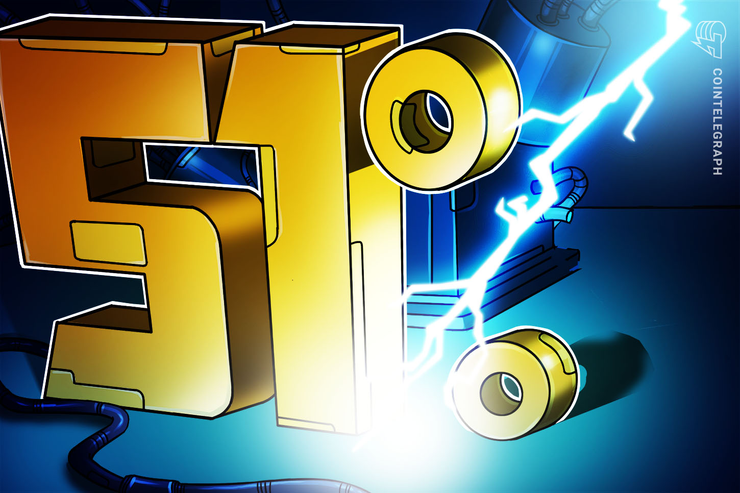 Bitcoin Core developer Greg Maxwell has criticized the “attractive mystery” that fear of a 51% attack on Bitcoin (BTC) entails, arguing that it betrays a fundamental lack of understanding about the cryptocurrency.

In a Reddit post published on Oct. 5, Maxwell argued that any mechanism cooked up to mitigate the threat of a 51% attack always implies centralization and represents a far greater threat to Bitcoin’s integrity.

As Cointelegraph reported previously , a 51% attack can occur on blockchains that use a proof-of-work (PoW) algorithm and essentially entails a user or group seizing control of the majority of mining power to monopolize control over the network.

This, in particular, can allow the threat actors to reverse transactions in an attempt to double-spend. It is achieved by transacting crypto for fiat currency and then rolling back the deed to recuperate the spent crypto while pocketing the fiat.

Responding to the question of how to mitigate such a threat, Maxwell robustly argued that any such attempt necessarily compromises decentralization at the heart of the Bitcoin project.

He noted that Bitcoin focuses on solving the problem of achieving consensus on a stable history of transactions. This issue can intuitively be solved by establishing the “firstness” of a given transaction, rendering duplicate subsequent operations invalid. Maxwell continued:

“In a truly decentralized system ‘first’ is actually logically meaningless! As an inescapable result of relativity the order which different parties will perceive events depends on their relative positions, no matter how good or fast your communication system is.”

Anti-51% fixes ‘centralize the system but just hide the centralization’

Maxwell criticized more centralized systems — naming Ripple, EOS and IOTA — for resorting to a single party determining firstness and imposing this on the rest of the network.

Bitcoin’s fundamentally decentralized nature instead relies on the “vote” of computing power through mining without the involvement of any centralized third party.

Maxwell argued that any mechanism that would allow to prevent the “rigging” of this “vote” — by one party or several — “would almost certainly let you just replace mining entirely.” He explained:

“People have cooked up 1001 complicated schemes that claim to do it without introducing centralization, but careful analysis finds again and again that these fixes centralize the system but just hide the centralization.”

A far bigger risk to Bitcoin than the reordering of transaction history that 51% attacks could lead to, Maxwell concluded, is that:

“The public using it won’t understand, won’t care, and won’t protect the decentralization properties that make it valuable over centralized alternatives in the first place.”

As Cointelegraph reported, crypto exchange Gate.io pledged to reimburse users this January after finding out that a 51% attack had successfully occurred on the Ethereum Classic (ETC) blockchain.